Florida has many natural rookeries and they get quite active in the spring for the breeding season.  Generally speaking, I spend several months visiting them on a regular basis and it’s amazing to watch their colors emerge, their courtship dances, their cooperative nest building, and raising of their young.

The tri-colored heron undergoes quite the transformation with regards to their breeding plumage. 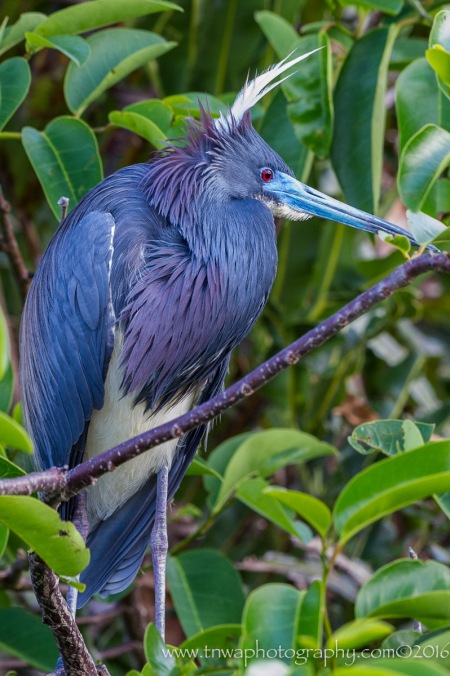 Their young are quite silly looking too … but so ugly, they’re cute.

Probably the most prolific of all of the birds breeding in the rookery are the wood storks.  Funny, but not that long ago they were considered to be somewhat threatened as a species, however, there doesn’t seem to be any shortage now. 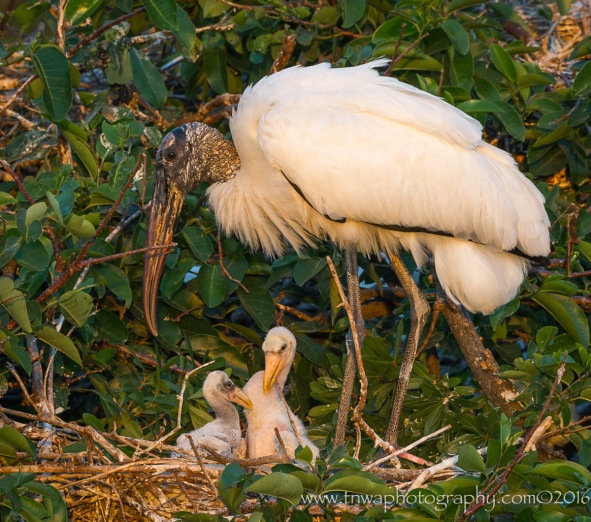 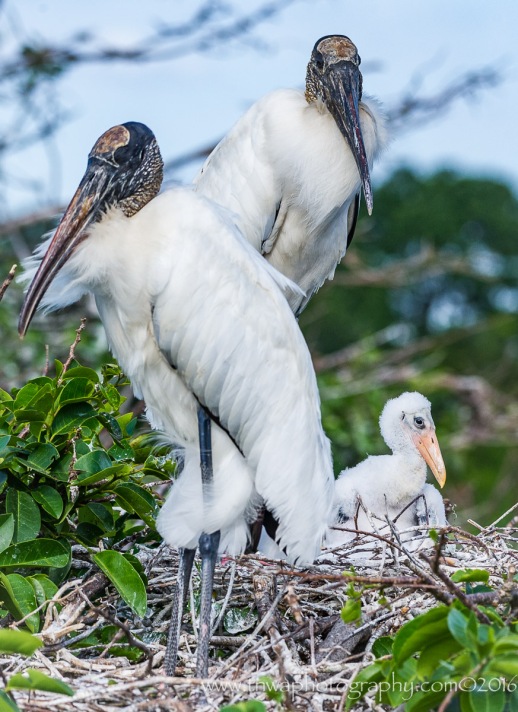 As the babies grow older, they get larger quite fast as well.

Such white fluff balls, they are also so adorable, with their big beaks.  Only when they’re fully grown will they get their trademark wood-like neck and hairless head and dark beak. I have always been fascinated by wood storks. 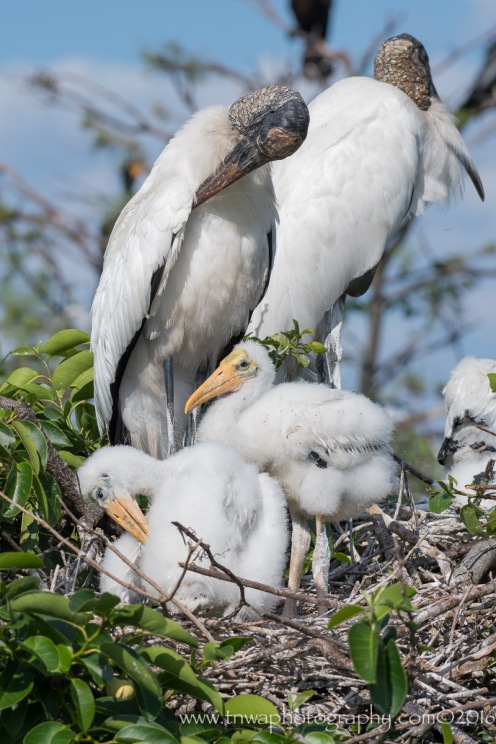 Cattle egret, any other season, are often referred to as “white birds”, but during breeding season, their turn so beautiful … and colorful too.

Some young birds get fed scraps of food into their nest or fed directly from their parents piece by piece.  Others, like the anhinga, feed their young partially digested food.  As often as I have seen this, it never ceases to amaze me. 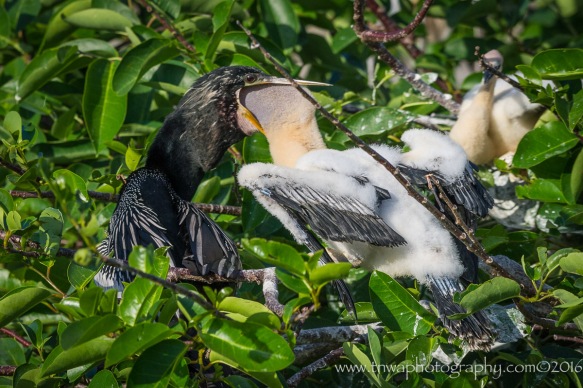 These sibling are quite animated with each other and also quite aggressive with the parent that comes back to feed them. 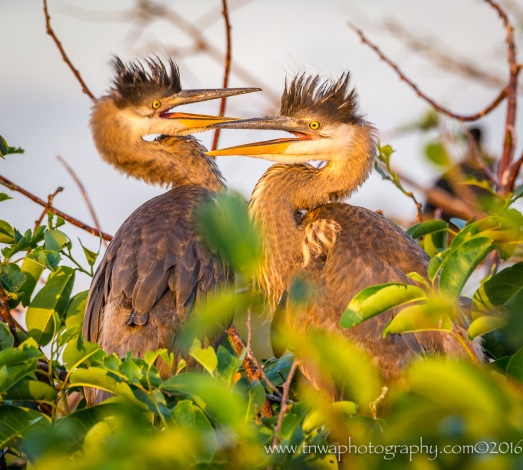 Though I never got to see the chicks from the little blue herons hatch, it was exciting to see them mating, nest building, and tending to their eggs.

Swamphen are an invasive species, but nonetheless have been increasing in numbers in recent years.  This year I was able to see them raise a few chicks.

Black-necked stilts are amazingly beautiful birds.  In breeding plumage they get very red eyes and legs as well.  Courtship and mating are fascinating to observe.

After mating, the male will drape his wing over the female and they cross bills.  Is that not amazing?  Such rituals … so sweet.

They together build a nest in the water and when the eggs are laid, they take turns sitting on them, turning them frequently.

Yes, the rookery is always a fun and interesting place to spend time.  You never know that you’re going to get.  Though sometimes nature can be tough, when it’s going well, it sure is beautiful to observe and of course, photograph.  🙂

Next up:  Some old friends return … eastern screech owls  🙂