It’s been some time since the last burrowing owl post and there’s so many images from 2015, so I though that I would share a few more and give some final thoughts on them as well.

I just love it when they are perched on something which offers me an interesting background, especially when I can produce a bokeh which adds to the shot.  The blue sky is perfect when filtered through the leaves of a nearby tree. 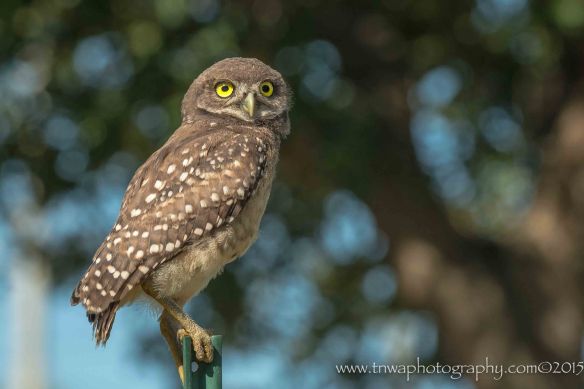 Though these are siblings, they have very different eye colors.  Both are quite beautiful.  the yellow ones are piercing when the sunlight casts itself on them just so, but the brownish yellow are so different that I find it hard to look away.  Either way, I love them both! 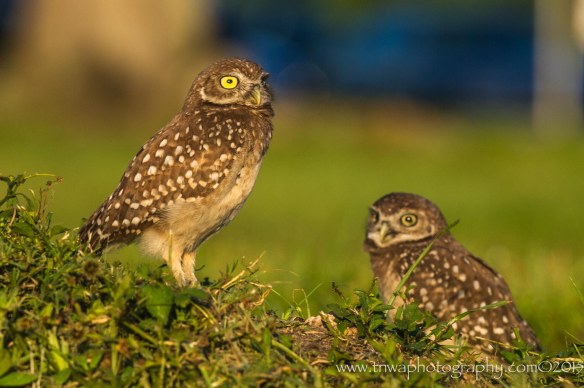 Yes, they sure love to launch themselves into flight, as well as jumping around quite a bit.  I just LOVE when they focus on their landings … eyes on the prize and talons out ready for the grab. 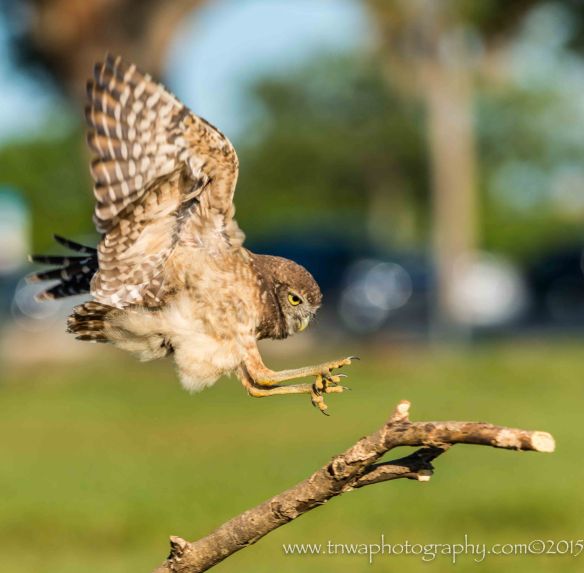 They run from burrow to burrow when they have more than one entrance to home. 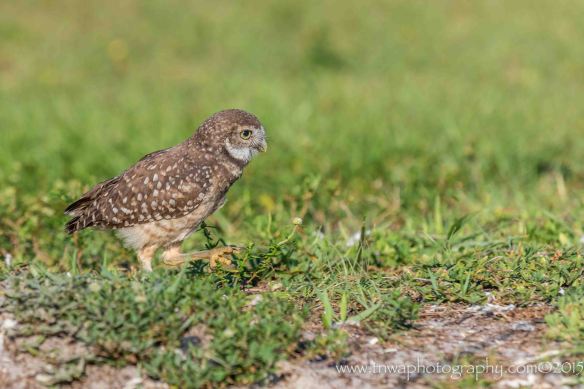 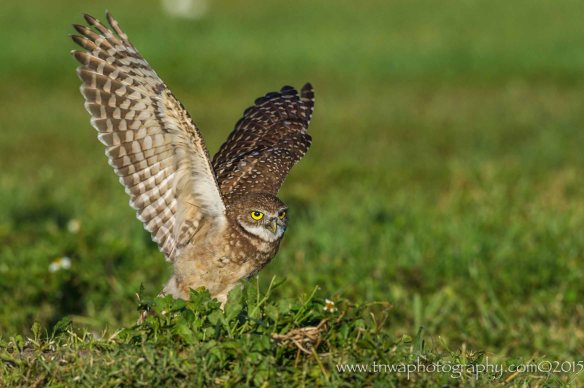 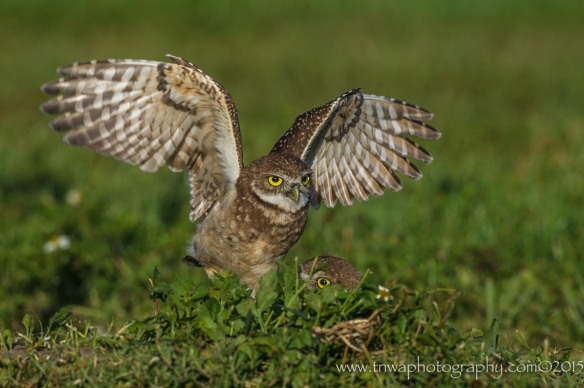 To me, the main thing that I want the owls to do while I’m photographing them is to act natural and do the things that owls do.  I don’t want them to be preoccupied by my presence.  I prefer to see the eyes, even if just caught through the feathers of its wings. 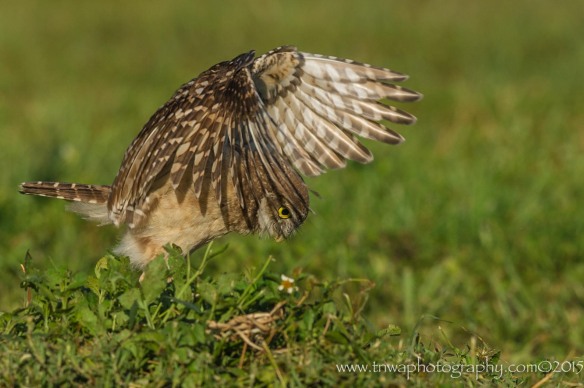 A favorite activity for these owls was the “attack” and wrestling of each other … reminded me of a worldwide wrestling event.  LOL 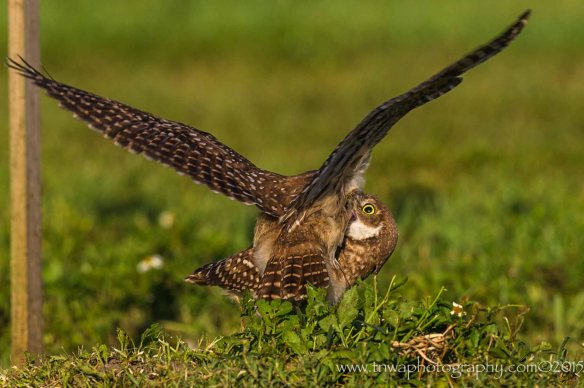 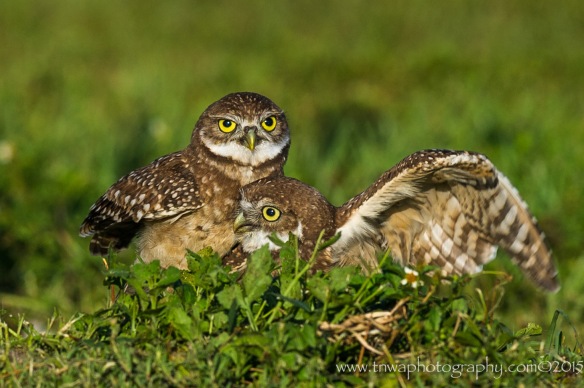 These burrowing owls are very social with each other and they “kiss”, groom, and “canoodle” each other quite often.  Looks so sweet.  🙂 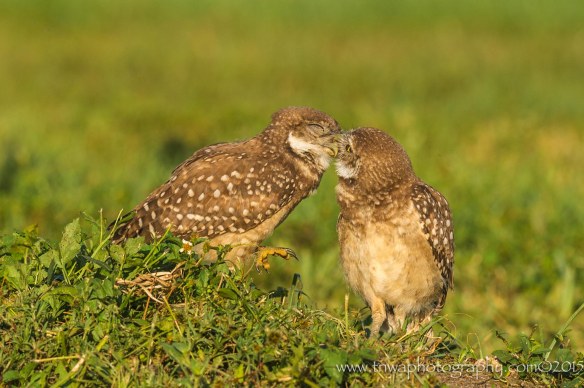 Of course, they shed their feathers on occasion, which totally becomes a favorite “toy” to play with. 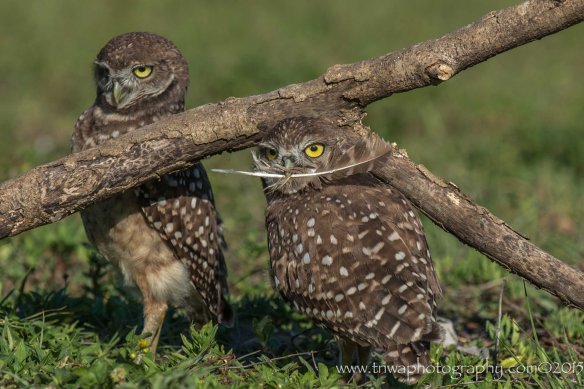 So is flying around the burrow, landing on perches, etc.  This year was unusual because in years past, I had seen the owls hunting a bit and feeding, but I saw none of that this year.  Of course, they were well fed and would expel their pellets (remnants of their undigested material) quite frequently.  🙂 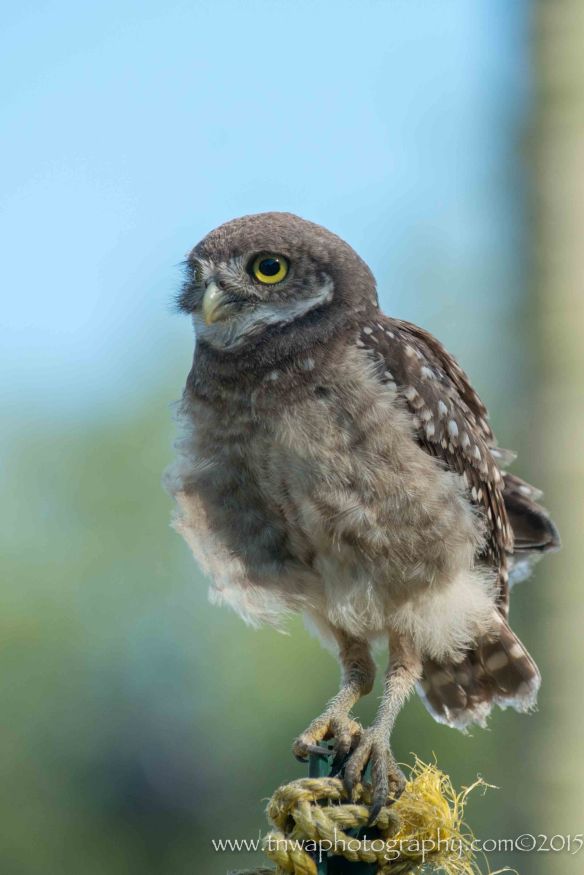 In this particular burrow, sometimes the perch became quite crowded! 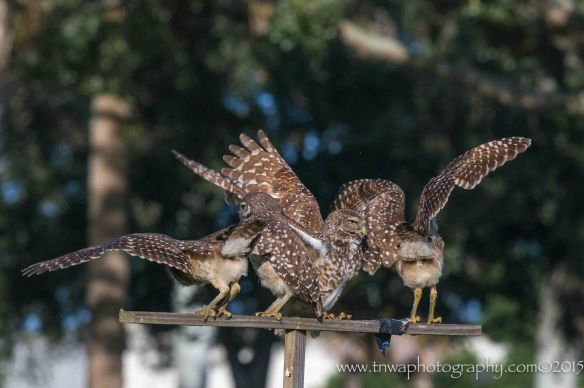 These owls are pretty much busy all day, and they get tired just like we do.  Like some people, some could almost fall asleep anywhere!  LOL 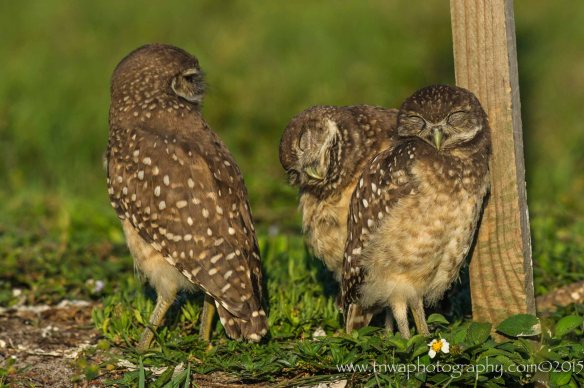 Can’t wait to see what 2016 holds in regards to photographing the owls of south Florida!  I hope that you enjoyed them as much as I did.  🙂

8 thoughts on “A Burrowing Owl Encore!”