Springtime in Florida has many advantages … especially when it comes to the weather.  Sure it’s hotter than most in other areas of the country, but it sure feels good to those of us who know too well the heat and humidity that is to come.

Every so often, Tom & I take a day drive to another area to see what we can find.  For me, it’s about photography, for him, it might be more about just getting around to see new stuff.  On this day, we were immediately greeted by this lovely Eastern Meadowlark … just singing away his welcome song.  🙂 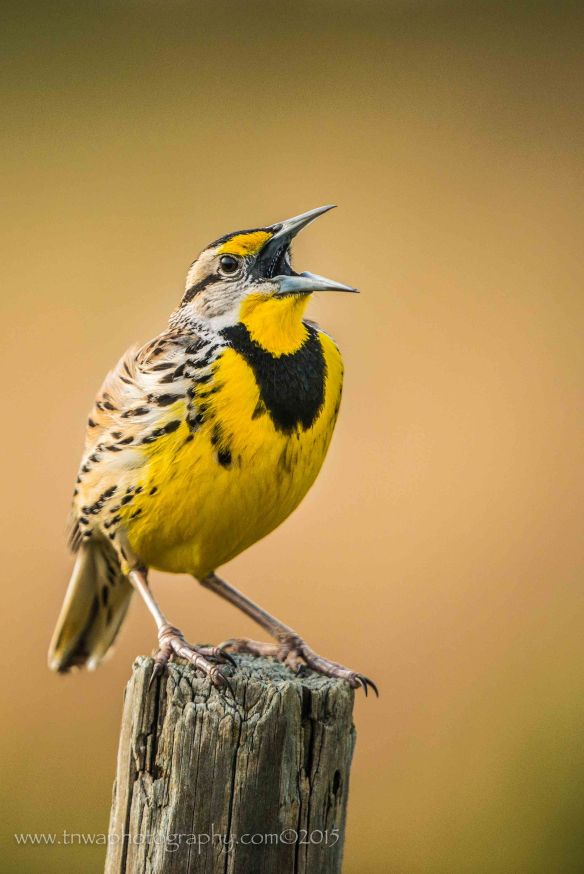 Low and behold we also ran into another whooping crane … though this one is a Florida resident.  Here it is hanging out with a few local cows. 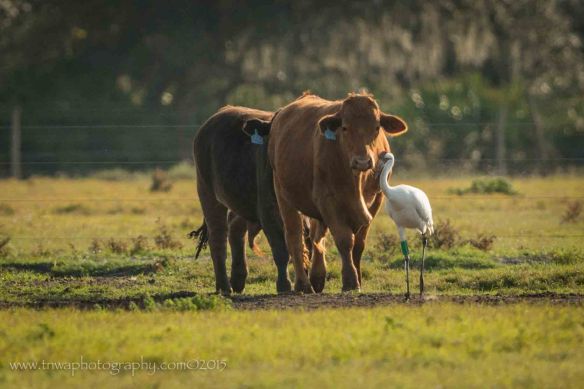 As I observed it, I noticed that it seemed quite attached to one particular cow.  Eventually, as the visiting sandhill cranes came around that particular cow, it got quite possessive and appeared to charge the cranes.

Wild turkeys were also present along the side of the highway grazing in the grasses.

Always a joy to watch soaring overhead are the Crested Caracara.  On this day, there was a pair catching some thermals, along with some of the black vultures. 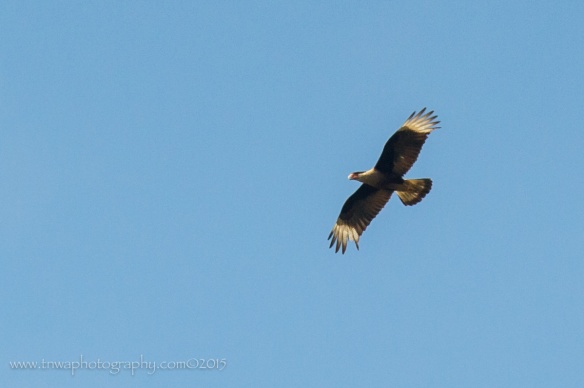 One of the most entertaining series of images was this wood stork trying to swallow a fillet of fish.  Try as it may, it wasn’t going down easy.

It would repeatedly try to swallow it, then spit it out, re-grab and re-position it, and attempt to eat it all over again …

After observing it for about 20 minutes, and it was struggling, we decided that it might not happen while we waited, so off we went.

Let’s go check on a bald eagle nest that I’ve heard about also.  Seems like the young eaglet is in the nest and beginning to flap its wings a bit, though certainly not ready to fly.

It simply sits at the nest waiting for one of its parents to fly in with some food for it to eat. 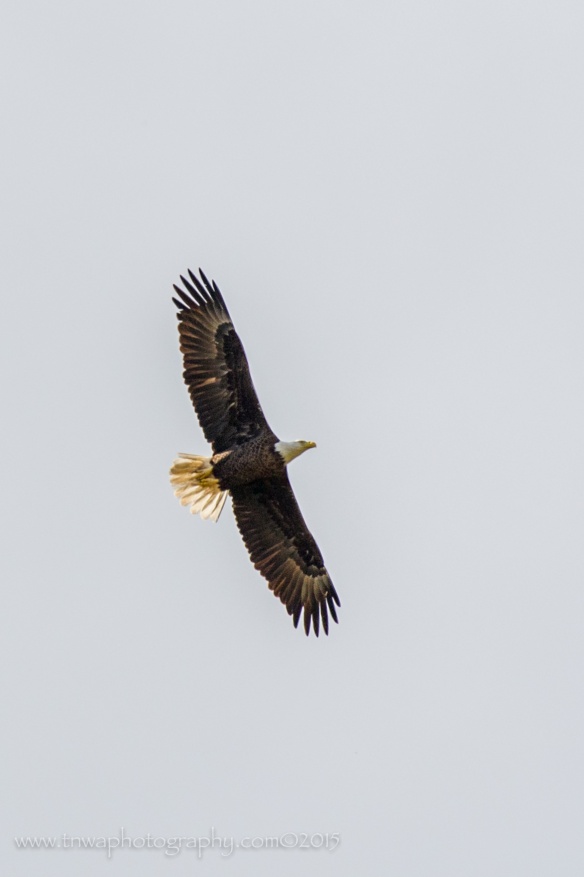 Always a highlight each spring is the sighting of my first swallow-tailed kit.  Such a symbol to me of what Florida stands for … I have never understood why it or the Florida Scrub Jay weren’t selected as our state bird … I mean, a northern mockingbird, really … what were they thinking? 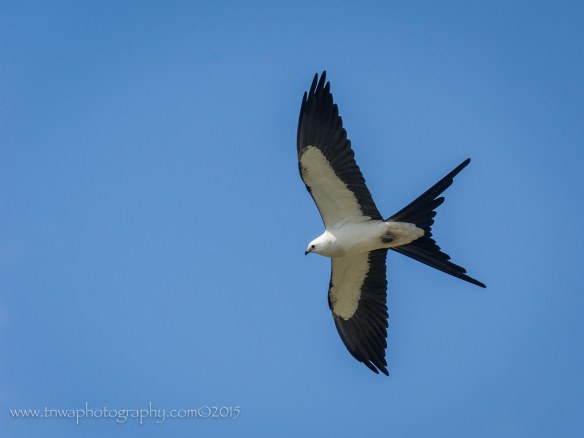 Well, I guess it could have been this … 🙂  Found a bunch of these running around on that drive too.

Such is the life on a weekend drive in Florida during the spring.  Hope that you enjoyed.

Stay tuned … next, we head outside of the state line … all of the way to MT, WY, and UT!